In a shifting real estate market, the guidance and expertise that Inman imparts are never more valuable. At Inman Connect, our how-to journalism is brought to life to help you build your business, adopt the right tools — and make money. Join us today virtually for Connect Now and in person in August at Inman Connect Las Vegas for all the information you need to make the right decisions. When the waters get choppy, trust Inman to help you navigate.

Back in 2019, Google sibling company Sidewalk Labs unveiled an ambitious plan. The company announced that it was pursuing skyscrapers made of wood, adaptable buildings with flexible walls and a transportation system that would reduce the need for private cars.

All of that, Sidewalk Labs also said, would come together in a new experimental community set in Toronto on the banks of Lake Ontario. Renderings released at the time showed a futuristic landscape, halfway between Black Panther‘s Wakanda and something out of Star Trek.

A year later, Sidewalk Labs — which is an urban design startup and part of Google parent Alphabet — changed course and opted out of the ambitious project in Toronto. Dreams of a utopian neighborhood apparently died when the coronavirus pandemic threw the global real estate market into chaos.

But while Sidewalk Labs ultimately walked away from its most ambitious plans, remnants of the project still remain. The company’s website describes Sidewalk Labs’ goal as building “products and places to radically improve quality of life in cities for all.”

Sidewalk Labs is still investing in mass timber, which is a type of wood construction that builders can use to erect buildings that would normally require steel. And another of Sidewalk Labs’ goals includes “empowering real estate teams to design better, faster, with less risk.”

And therein lies an important lesson: Real estate agents sit on the front lines of the real estate industry, but housing is also influenced by a vast and holistic ecosystem that includes professionals from an array of disciplines. The business of providing shelter is more than just the business of real estate.

To that end, the stage at the upcoming Inman Connect Las Vegas will host four professionals who have succeeded at endeavors outside the real estate industry. The idea is that with fresh eyes and a fresh perspective, these speakers will hopefully be able to help real estate professionals see their own work in a new light, and make otherwise impossible connections.

Here’s what you need to know: 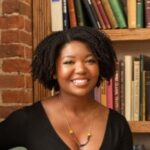 Tameka Vasquez has been at Sidewalk Labs since last year — meaning she joined the company after the Toronto project. Among other duties, her responsibilities include growing the company’s brand and handling external communications.

At Inman Connect Las Vegas, Vasquez will discuss the ways that technology is transforming buildings and the built environment — and how those things can potentially make the world a better place.

Those ideas are a big deal. Over the last several years, a massive amount of Wall Street and venture capital has poured into the real estate industry. This money has fueled success stories, such as Opendoor, which has backing from Japanese megafund Softbank, as well as duds such as Katerra, a construction startup that also had Softbank money but which ultimately failed last year.

Either way, though, the point is that there is a lot of very big bets right now on technology that will directly impact the real estate industry. And as part of Sidewalk Labs, Vasquez has a front row seat as that story plays out. 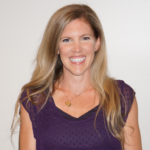 Keira D’Amato is an agent with Stone Properties in Virginia. But when she appears on the Connect stage, she’ll also be talking about the time she made history: In January she set a record as the fastest American woman to ever run a marathon.

D’Amato’s journey into the record books was long and circuitous. She started running in high school, then competed in college and afterward until an ankle injury sidelined her. Knocked out of racing, she then spent the next eight years building a career in real estate and starting a family.

Eventually, D’Amato started running again in an effort to get back into shape after having two kids. She decided to work up to a marathon, and last year signed up for the Chevron Houston Marathon in Texas. She was 37 at the time she ran the race, and ultimately finished in two hours, 19 minutes and 12 seconds — more than a minute faster than the previous record from 2006, and 10 minutes swifter than her nearest competition in the marathon.

At the time of her record-setting race, CBS News described D’Amato as “a common woman doing uncommon things.”

At Connect, D’Amato will talk about her historic journey and her life in real estate. 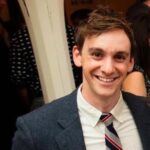 Back in May, Derek Thompson made a bold claim: The U.S. housing market, he wrote for The Atlantic, “is about to experience a significant slowdown.”

Thompson is not an agent, or even a member of the real estate industry. He’s a journalist. But his prediction proved to be prescient; in the month since he published that piece, mortgage rates have spiked and the industry has indeed begun to slow down significantly.

That Thompson would be right about the housing slowdown is not surprising, given that his beat typically includes finding surprising consequences of big economic trends. For instance, at this point it’s old news that the experts are predicting a recession in the near future. But just this week Thompson ran with that idea and argued that a recession may ultimately drive more employees back to the office and away from the work-from-home arrangements that proved popular during the pandemic.

Earlier this year, Thompson also joined real estate industry leaders at Disconnect in Palm Springs, where he discussed the scarcity that plagues the U.S. right now — there’s a labor shortage, a COVID test shortage, a housing shortage and so on — and argued that the solution is something he dubbed the “abundance agenda.”

Thompson’s comments at Disconnect were well-received, and he’ll now continue the discussion about issues and externalities facing the housing industry from the main stage at Connect.

Dr. Moriba Jah, associate professor at the University of Texas at Austin 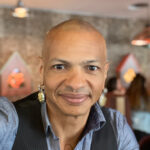 Moriba Jah’s resume reads like a directory of prestigious scientific institutions in the U.S. As a young man, Jah served in the U.S. Air Force then earned a bachelor’s degree in aerospace engineering from Embry–Riddle Aeronautical University. Along the way, he won a grant from NASA, which he used to study lunar gravity.

Jah then went on to earn upper degrees from the University of Colorado Boulder, during which time he also worked for NASA’s Jet Propulsion Laboratory (JPL). The work he did at JPL ultimately ended up as part of multiple Mars rover missions.

Today, Jah works as a professor at the University of Texas at Austin. His list of accomplishments is too long to include here in its entirety, but among other things he is a fellow of TED and the American Institute of Aeronautics and Astronautics, and he has served as a delegation member to the United Nations.

So why is Jah coming to Connect?

Real estate by its very nature is grounded in the Earth. Homes are planted in holes excavated from the dirt and erected with materials such as brick and wood. At it’s core, real estate is an earthy profession.

Jah’s work, by contrast, looks to the heavens. And in doing so, it offers an entirely different perspective, one that asks inhabitants of this world to look beyond themselves and the brief timelines of their own lives. During his time on the Connect stage, Jah will consequently talk about the future, technology and space — and why these things should matter to everyone.

View all posts by ali →